We sat down with Jon Thompson, pastor at Sanctus Church in Toronto, Canada to discuss how Alpha, after 30 years, is still culturally relevant.

“Lots of us have been doing ministry for a long time and we realize we’re in this transitional period, especially in our context here in the GTA (Greater Toronto Area) and actually probably in Canada, uh, an older guard of pastors are beginning to retire and a new generation’s coming. Now I’m, I’m in, I’m 41 so I sit between these two worlds. So the millennials are coming up, I’m a Gen X-er and then we got the baby boomers, right? Uh, a, a lot of people are probably thinking hey like Alpha has done its deal, we’re very thankful, thank you Jesus, and it’s sort of run its course.

And, and I understand that because again we’ve all admitted this is just a program, you know, this is not the local church. But, uh, the thing that we’ve been really excited about here at C4 and I think beyond C4 in conversations with others is we have seen Alpha really take time to rebrand and reconnect with the new audience. And so if you’ve run Alpha for years, uh, the new stuff is not stronger but it’s, it’s appropriate for now. And if you’ve never run it before, it’s extremely culturally relevant and still deeply biblical in orthodox.

And so what we’ve appreciated ’cause we’ve done this for a long time is the new life, the new material I think is gonna help us keep using Alpha into the future and, and I think there’s a strength now to Alpha again that maybe was lost. Or maybe the perception is out there, hey, you know, it’s not that … you need to take a look and l- and look at the new stuff, it’s changed.” -Jon Thompson 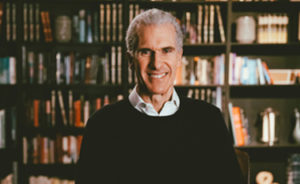